Persistence is key – and the results are bright! 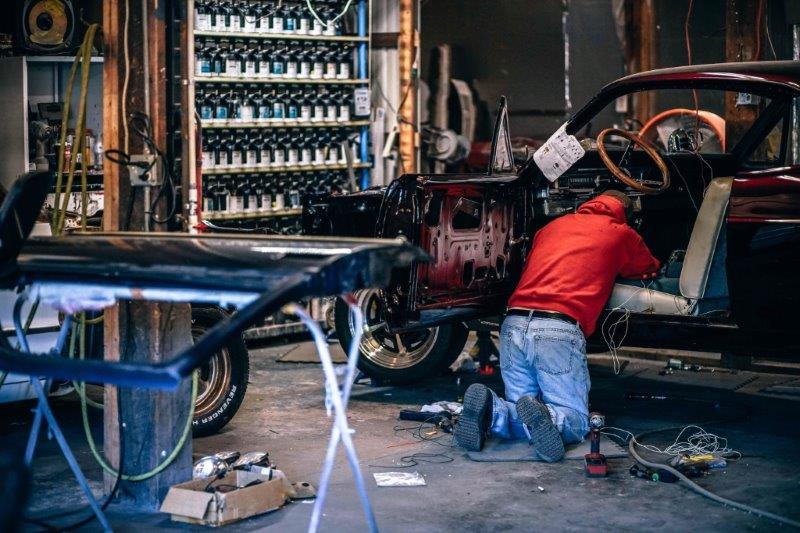 Whitelion first met Darren three years ago at our alternative learning centre in Sydney – which marked the start of his journey from a troubled teen to an enthusiastic trainee mechanic with a bright future.

Back then, he was easily frustrated, had difficulty controlling his temper and was very aggressive. His friendship group was frequently in trouble with the law, and he did not experience the easiest of times growing up in a family that had issues of its own.

Soon Darren was heading down a troubled road – by the time Whitelion met him again in 2014, he had a court case looming and a number of fines outstanding. His mother felt helpless and was ready to give up.

The team leader at our Sydney learning centre, Anh, had helped young people in similar situations before and knew how to persevere!

He gave Darren a second chance to re-enrol at the alternative learning centre on the condition that he agreed to respect the staff and commit to complete a certificate course.

Despite committing to the ‘Skills for Work and Training’ course, initially not much changed. Darren was continually reluctant to work and stayed out late with friends, leaving him tired and unmotivated.

Anh’s next step was to liaise with key people in Darren’s life; his Juvenile Justice Officer to develop a strategy in supporting Darren with his court matters and his mother, giving her strategies to manage his difficult behaviour at home. Anh also built a sense of trust and rapport with Darren and became a positive role model for him, supporting him in managing his friends and their risk-taking behaviour.

Anh led Darren to realise he had a new network of people who cared for him, people outside of his friendship group, and provided with positive support he began to choose a better future.

The first signs were that his attitude toward his mother changed. He then began focussing more on his study instead of staying out late. Within six months, not only had he completed two certificate courses; he had also won a $1000 scholarship!

As a direct result of his positive changes, Darren was granted a good behaviour bond. The bond is conditional that he regularly attends the learning centre and maintains his commitments.

With the right support and encouragement from Whitelion, Darren has now been able to secure himself a traineeship with a local mechanic. He is enthusiastic and his future is a lot brighter!

Receive up to date information on Whitelion programs and initiatives.